To whom it may concern,

I decided to take advantage of this promotion and went into the Cricket Wireless store two days later on January 29th to enroll. I showed the person behind the counter the text message and provided the requested information about my account. I verified with them that I would be only paying $45 a month for unlimited data from now on, to which she replied yes but it may take a billing cycle or two to kick in.

The following billing cycle and on February 18th, I was charged $50. $5 more than the promotion stated, but as the rep at the store noted, it may take a cycle or two to kick in so I waited again. The next cycle rolled around and I was prompted that I would again owe $50, on March 19th (tomorrow, but my credit card was charged this morning). I realized that the promotion still had not kicked in as I am being charged $50, not $45.

As my plan has been altered, I am no longer eligible for the promotion, even though it was their fault that I was put in the wrong plan. The promotion is offered until 4/30/2020 and yet the customer service team was unable to resolve my issue in the slightest.

They were not only unable to enroll me in the CORRECT plan with the promotion, which I should've been signed up for in the first place. They were unable to credit back the $10 that I have overpaid and to top it off, two of the reps individually recommended that I return to the store to resolve the issue (during the middle of a virus outbreak and city-wide lockdown).

My requests are to A) be enrolled in the Cricket More plan, (Unlimited & 15GB Mobile Hotspot) for $45, which was the promotional pricing offered to me and B) be reimbursed/credited $10, for each of the months I paid $50 when it should have been $45. I have had no luck with the phone support lines and if anyone has any advice on how to resolve this issue, that would be much appreciated. 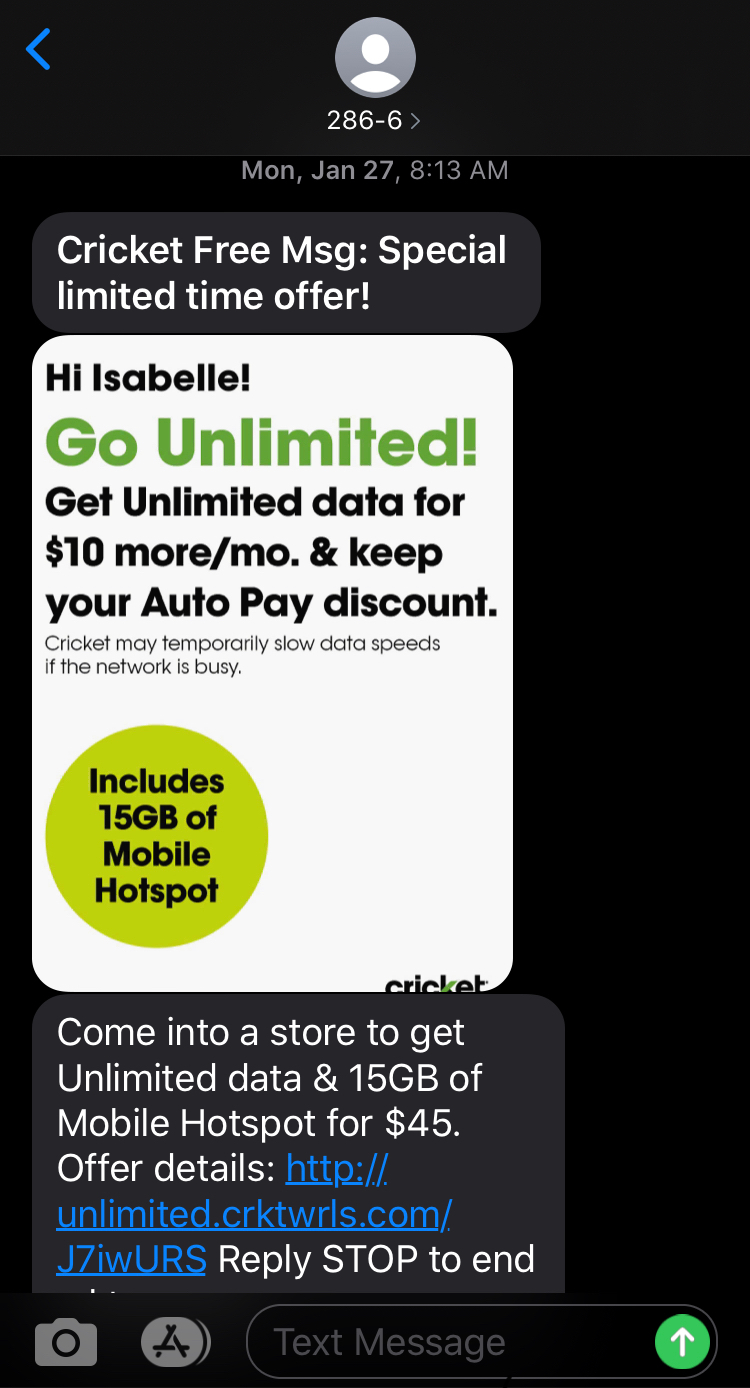 Hi , welcome to the Community Forum! We're sorry to hear this happened. Please contact Cricket Support on Twitter @cricketsupport or on Facebook at m.me/cricketwireless for assistance. We're here to help!:smileyhappy:

After airplane mode is turned back off and reconnects to the mobile data, the speed returns to normal. I'm not sure if anyone else has experienced this but ibfifured I'd share just in case.

After airplane mode is turned back off and reconnects to the mobile data on https://testmyspeed.onl/, the speed returns to normal.