I bought an unlocked Motorola One 5G Ace from Best Buy a few weeks ago because my old phone died and I prefer unlocked phones to carrier locked models and I had to have the new phone immediately as this wasn’t a planned replacement.

After I bought the phone I got to researching it and realized it was supposed to be compatible with Wi-Fi Calling.  I was overjoyed because the Cricket/AT&T signal at my apartment is spotty at best and non-existent at worst.  I double checked and Cricket says they support wi-fi calling on all of their plans. So I went about researching how to activate Wi-Fi calling on my phone.  Various carriers said it was activated in different manners, not really sure why that is, but I followed all of them and none of them got me to where I could turn on Wi-Fi Calling.

I read somewhere else that the SIM card can be the hold up, so I went to a Cricket Authorized Retailer who also knew very little about Motorola phones, but who happily sold me a new SIM card. Popped it in, and still nothing.  The spot where you go to Advanced Options ever so briefly flashed when going to the Mobile Network screen but then is gone.  I am convinced this is a Cricket problem and I am hoping someone who actually knows something at Cricket will see this and be able to assist.  I’m super close to switching to T-Mobile because I have their T-Mobile Home Internet Gateway in my apartment and the signal is fine.

Thanks for posting. Please know that for Wi-Fi Calling capable phones not purchased at Cricket, Wi-Fi Calling may not work on Android devices. What is the model number for your Motorola One 5G? If you don’t know it, you can find this information in the settings of your device.

Thanks for providing that info,

T-Mobile and Metro support Wi-Fi calling for this device, so I guess it’s time for me to leave Cricket. Thanks.

I did my research and it stated on the Motorola site at the time the following:

Now the site has been updated after the fact stating the following:

My XT2113-2  just received the android 11 update.  This update should provided the support for all features.

I am not sure why cricket is not allowing this phone to be enable for all services. Its is very clear on the phone cricket has found a way to lock the apn settings and the preferred network settings.  If you are able to have this control over my unlock phone what is the harm of allowing us to have all the features?

I would officially  request the XT2113-2 be placed on the white list.  I ask this request to phone support and was told that only the higher authorities could make this request.

FyI> Here is the specs listed on the cricket website for the cricket version of the moto one 5g ace.

Introducing the new Motorola One 5G Ace equipped with a 48 MP main sensor3 with powerful AI features, a dedicated depth sensor, and a Macro Vision lens give you the versatility to capture the perfect photo, every time. 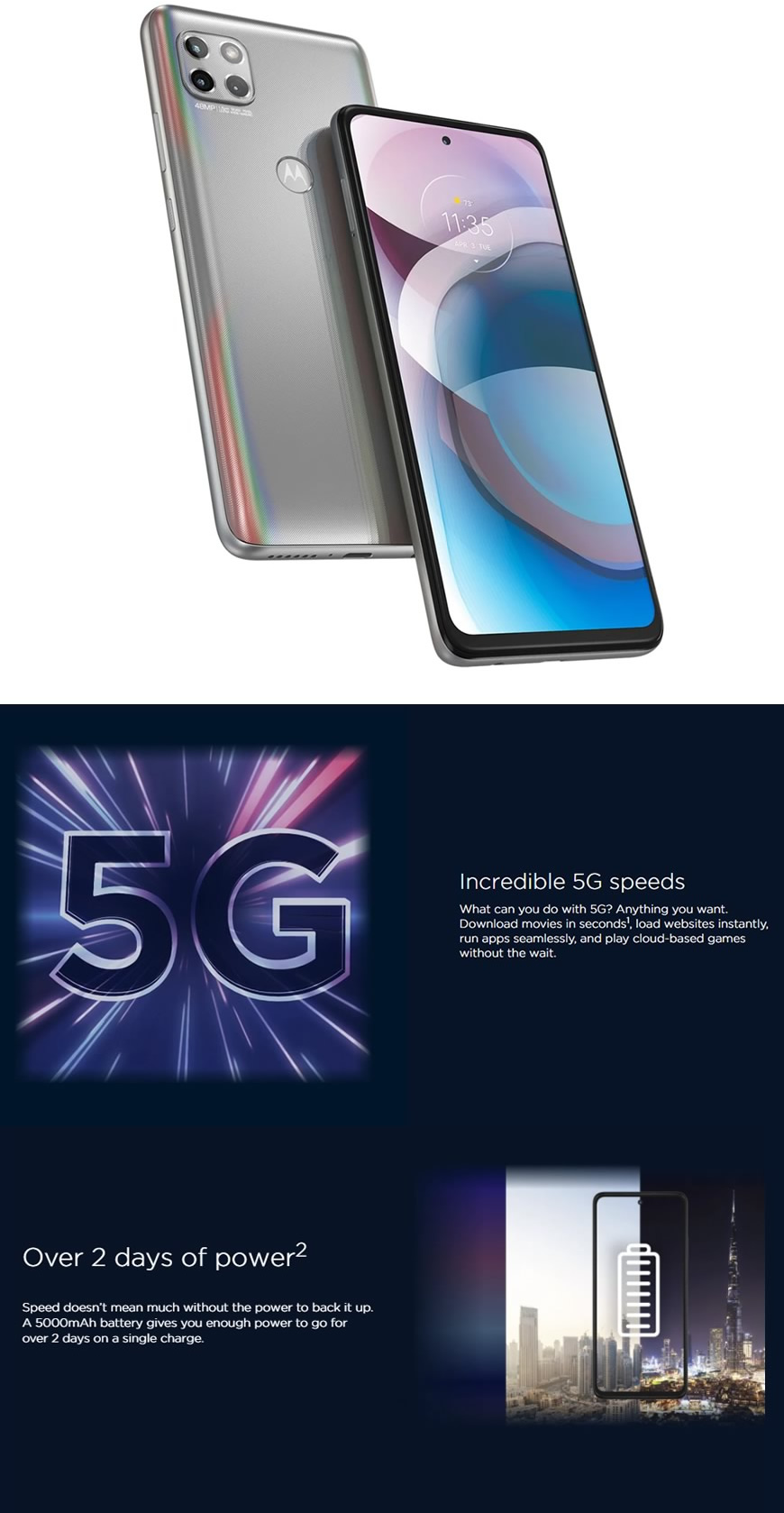 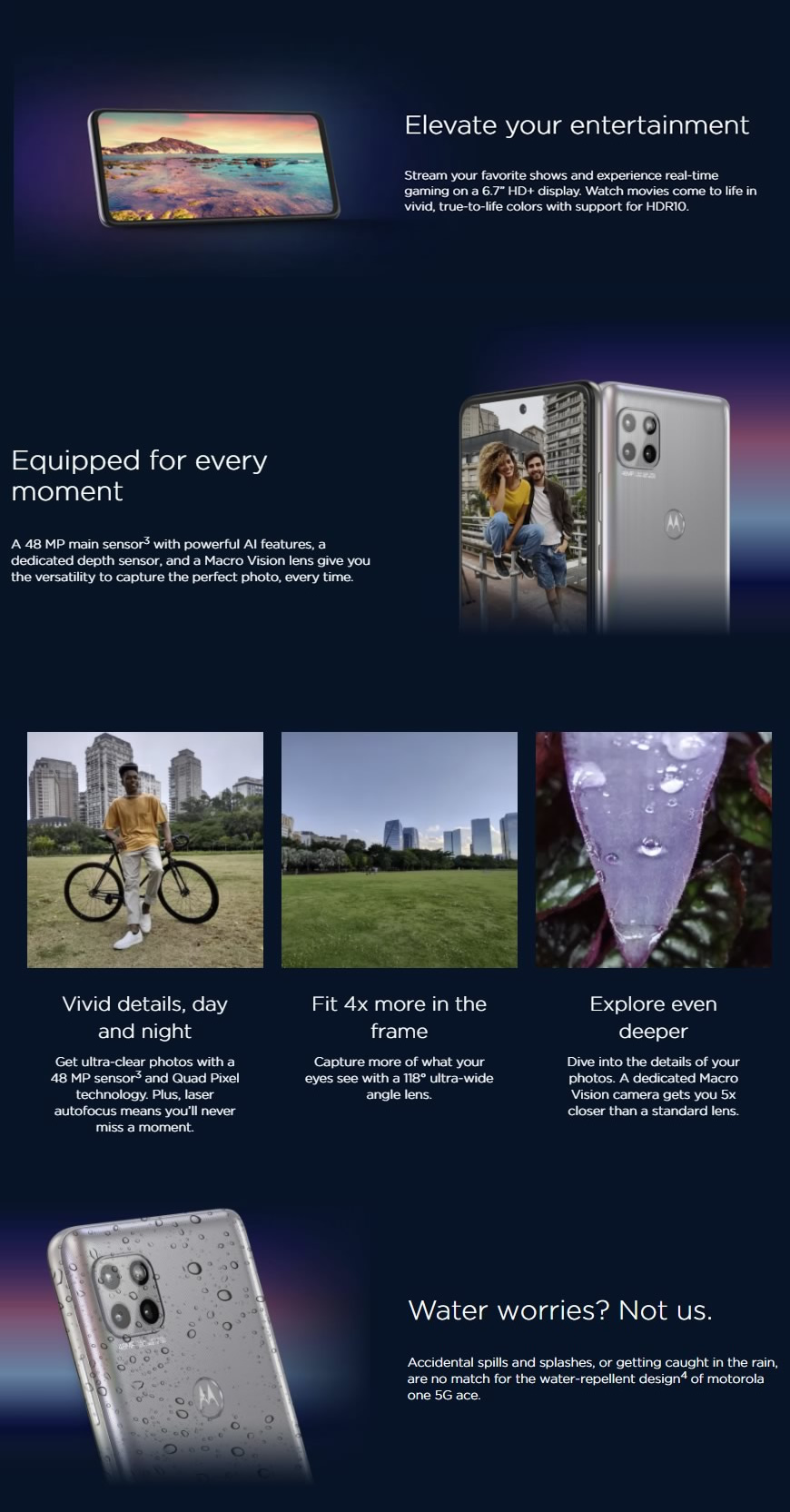